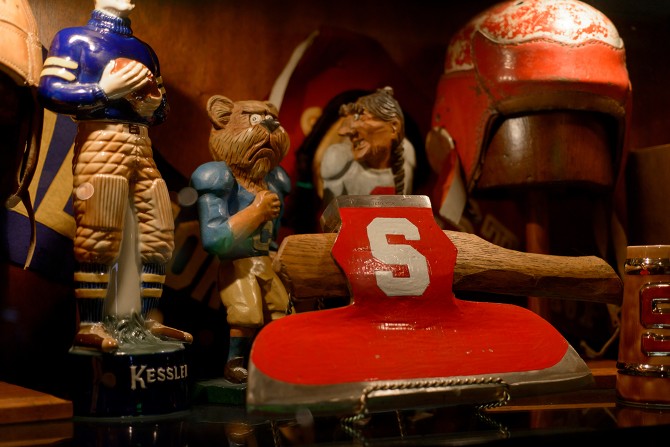 A storied past seasons our future.

In 1973, Bob Fletcher’s eye for location saw him unable to pass up on buying a greasy spoon restaurant near Stanford University. Pouring all he had into the property both creatively and financially, Bob and his business partner opened Sundance Mine Company in December 1974. Serving aged beef and fresh seafood, Bob’s vision was taking shape as his sons were growing up in the restaurant right before his eyes.  Twenty five years later, the torch was passed on to the boys who are currently into Sundance’s 5th decade in business.  The American Dream is alive and well in Palo Alto. 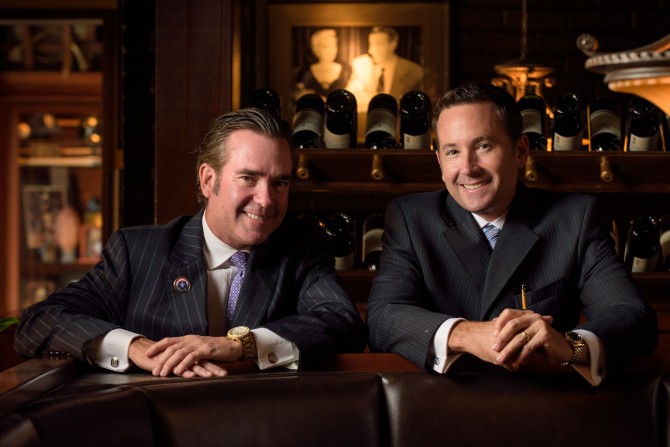 For the Fletcher Brothers, the restaurant is home.

Aron and Galen Fletcher are proud second-generation restaurateurs who learned the business from their father. From their unwavering commitment to aged, prime-graded beef, to their selections that make up their startlingly good wine list, the Fletcher brothers have returned Sundance The Steakhouse to its glory days, with a clear vision for the future. 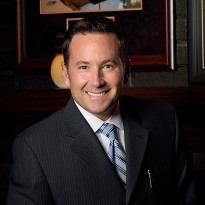 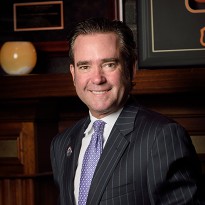 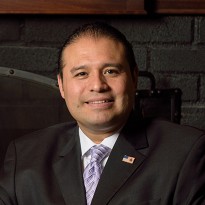 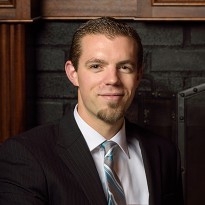 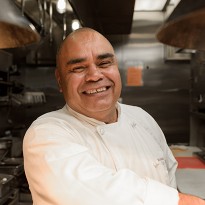 The Summer of 1980 is where Galen Fletcher’s career in the restaurant business truly began.  Starting out as a dishwasher, Galen was eager to work his way through the ranks like his peers.  Although Galen’s Dad owned Sundance, he wanted to earn his keep and to show everyone that he was worthy and simply “one of the guys”.  This philosophy worked well for Galen as he continued to grow through the various departments of his Dad’s restaurants.  From dishwasher to line cook, Galen was able to understand and appreciate the stages of advancement.  This proved to be a very valuable tool later in his career.   Galen continued his education at the University of California, Santa Barbara where he majored in Business Economics with an emphasis in accounting.  After graduating with honors in four years, Galen pondered the thought of the restaurant business, but felt that he needed to give the corporate world a shot.  One of the big accounting firms, Ernst & Young hired Galen for their Palo Alto office in the Fall of 1990.  The first year was tough.  Long hours and big dead lines were the norm.  Working hard on earning his CPA, Galen’s Dad presented him with an offer in joining him at the helm of Sundance.  Being torn between two great opportunities, Galen confided with his boss at Ernst and Young for some advice.   The advice proved to be extremely valuable as Galen’s boss said that every CPA’s dream is to become a client and this was my opportunity in becoming one.  Three months later, Galen gave his notice and was off to join his Dad at Sundance.

Valentine’s Day, 1992 was Galen’s first managerial shift.  At the time, Sundance was short staffed and the timing was perfect for Galen to make an immediate impact.  From that very night, Galen knew the restaurant business was the right choice.  The night was a complete success and provided Galen with a great start.  Soon after, Galen’s brother, Aron joined the managerial ranks of Sundance making it a completed family business.  Over the next two decades, the Fletchers devoted themselves in getting Sundance back to its glory days.  With several remodels completed over this time span coupled with a re branding of the business, Sundance The Steakhouse has never been better.  Over the years, Galen has attributed Sundance’s success by providing his guests with a  “Best in Town” experience that is consistent and enjoyable.  You can still see Galen working the shifts at Sundance, however he has delegated most of the operational tasks to his brother and management team.  Today, Galen is spending most of his time taking care of the business side of the restaurant along with developing a business plan for a future “Sundance Style” concept.

Galen resides in Menlo Park with his lovely wife, Sonya.  They have two beautiful daughters named Megan and Emily.  When not busy at the restaurant, Galen enjoys skiing, taking trips to the wine country, hiking, biking and cooking.  Galen is also an avid sports fan favoring his local teams especially the Giants and the Niners.

Aron Fletcher, managing partner of Sundance The Steakhouse, has been a key figure at Sundance for nearly 30 years. Being brought up in Portola Valley & attending local schools, Aron grew up in the restaurant industry. In one aspect or another, Aron has held every front of the house job at Sundance. From bartending to waiting on tables, Aron has mastered the art of dining & service. After graduating from Menlo College in 1995, Aron tested the waters of the corporate world as a stockbroker for Paine Webber. This experience was short lived and was followed by a brief stint as the food & beverage director for golf course designer, Robert Trent Jones, Jr. After successfully launching the food & beverage program for Eagle Point Golf Course in Oregon, Aron’s desire to join the managerial ranks of Sundance became strong. The timing was nearly perfect. His Father, Robert was close to retirement, his brother Galen was looking for a manager and the economy was catching fire with the birth of the internet in our back yard.  In the Summer of 1996, Aron officially took over the front of the house operations of Sundance The Steakhouse.

Aron has successfully overseen several major remodels, hired & trained dozens of employees, written many training manuals and has worked hundreds of successful shifts. Aron’s longevity in the restaurant business is attributed to his passion for service and hospitality.

After a 20 year career at Sundance, Aron made a career choice in becoming a silent partner of the restaurant living in Palm Desert, California pursuing a career in the medical field.  Aron’s contribution to Sundance The Steakhouse will be always treasured and appreciated.

Rico J. Puga, manager of Sundance The Steakhouse, defines the meaning of “climbing the restaurant ladder”. Rico began his Sundance career as a dishwasher in 1992. Rico embraced his opportunity in the Sundance kitchen and appreciated every minute of it. Rico’s patience and hard work earned him promotion after promotion over the years. Over the course of 8 years, Rico climbed every leg of the kitchen ladder for the exception of line cooking. It was at this juncture where Rico was offered two routes to extend his career. One route was through the cook’s line and the other was through the ranks in the dining room. It was a tough decision, however the needs of the company at the time where on the floor as a bus boy. Rico again took the opportunity before him and quickly became the best busser Sundance has ever seen. Rico’s true passion blossomed before everyone’s eyes. Customer satisfaction and the art of dining became Rico’s new focus. Over the years, Rico gained the trust of management and his peers. It wasn’t long until Rico became our best waiter and our best trainer. In the year 2002, the opportunity of management was presented to Rico. Although it was an initial pay cut with more hours and responsibilities, Rico took it and has grown into that role as well. No doubt that Rico will met this challenge head on with conviction and determination.

Today, Rico is in charge of several key departments at Sundance along with running the day to day activities of a very busy steakhouse. In essence Rico has become owner’s right hand man.

Rico resides in Mountain View. On his off time enjoys soccer & attending rock and roll concerts. He’s an avid San Francisco Giant’s fan and enjoys attending their games as well.

Tanner Pelessier, manager of Sundance The Steakhouse is the newest member of our managerial team.  Tanner was hired in the Summer of 2012 as a waiter and quickly became one of our best. Having prior managerial experience, Tanner expressed an interest in joining our team when the opportunity became available. With the economy in full recovery mode in the Summer of 2013, Sundance needed some help in the leadership department. After many weeks of conversation and interviewing, we offered the job to Tanner. Tanner proved his meddle as his training period happen to coincide with the Holiday months that year. Tanner’s ability to be a quick learner while at the same time retain knowledge made his training successful. Six months later Tanner earned his first promotion from assistant manager to manager. We are very proud of Tanner’s development and look forward in seeing him grow and take on more responsibilities as his career advances.

Tanner lives in Willow Glen with his girlfriend and their two year old son. Besides being a loving Dad, Tanner enjoys the outdoors, hanging out with friends and wine tasting. He’s a long time Raider Fan and enjoys the San Jose Sharks as well.

As the chef de grill, Alfredo Flores leads the day-to-day operations of the Sundance kitchen, carrying on the commitment to excellence and collaborative spirit that have made the steakhouse what it is today. Alfredo started his career at Sundance as a dishwasher in 1986. As a young man speaking very little English, Alfredo was grateful for the opportunity he was given by the ownership of Sundance. It was this sense of trust and family that has kept this relationship alive and well for nearly 30 years. Alfredo moved up through the ranks of the kitchen and was promoted to the highest rank in the Summer of 1998. For the past 18 years, Alfredo has directly overseen the production of 1.5 million pounds of beef and has personally prepared over 2 million meals for our guests. In our industry Alfredo is considered a “fire eater”. Every night, Alfredo manages what very well could be the busiest grill in the state. Alfredo’s favorite steak is the U.S.D.A. Prime New York Striploin paired with his famous “steak butter”. Alfredo also enjoys Napa Valley Cabernets and Sonoma Zinfandels.

Alfredo lives in Redwood City with his wife and family. Alfredo loves to entertain, especially on Sundays.  Alfredo considers family the most important aspect of his life and looks forward in retiring to Mexico when the timing is right.

Our Own Film Festival

We’re not up for any silver screen awards, but feel free to watch our video if you have a rare moment to spare.